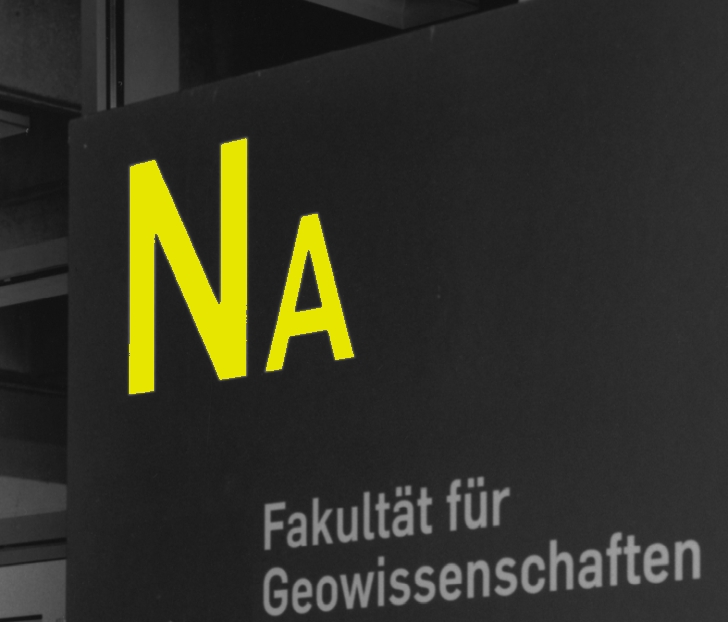 After founding the state of North Rhine Westphalia the government decided to build new Universities at places close to potential students from working class background so they could live at home and commute. One of these places was in Bochum a town where also now jobs were needed as the traditional deep coal mining industry declined. It was the first new foundation of a university of the Federal Republic of Germany. Today the Ruhr-Universität Bochum (RUB) is one of the ten largest in the country. East and west of the campus center with a forum, the library and a large auditorium (Audi Max), 13 building were constructed, three for medical sciences, three for humanities, three for engineering, and four for natural sciences. The latter were labeled NA to ND. The first, NA, was home to the faculties of mathematics and geosciences, including the geophysics institute. There I spend more than 10 years during my undergraduate and graduate studies. Now, after less than 60 years, that huge building will be replaced (due to PCB contamination) and the dismantling will start soon. On a nice day in September 2021 accompanied and well assisted by an old friend of mine, who worked more than 30 years in that institute, I took the chance to take some (good bye) photos with my Plaubel Peco 6×9 view camera. All images from the gallery ware taken on the same Ilford FP4 film and the printing paper is Ilford multigrade IV; the 18×24 prints were scanned with an Epson V600 originally at 600 dpi but reduced some for faster display on the website.

I have heard a lot of negative critique on the architecture of the RUB, like “Betonwüste” (concrete desert) and worse. Colleagues from other universities even felt sorry for us that we had to work there. I never shared those negative feelings; the buildings are functional and I hope the photos in the gallery bring out the special beauty of the NA. The concept from architect H. Hentrich sees the RUB as a “Harbor in the Sea of Knowledge” with the buildings as ships which have docked at their pier, the roof of the central auditorium resembles a sea shell, and the roof of the streetcar station is in the shape of waves.

The first photo shown in the gallery was actually the last one we took that morning. From an overpass at the forum with the 75 mm lens it was possible to get the full western and northern facade of the 115 m long building and see on the left a part of the neighboring NB physics building. The sky, particularly on the right side from where the sun was shining, needed burning as well as the lower left corner. The spot from where I took this photo will serve as a good point to take future shots, when level by level of the structure will be removed.

Four images in portrait format were all taken from the western side of the NA. The first shows the south-west corner seen from the street level which urged to use the full vertical shift available, point the camera upwards and tilt front and back standard back to vertical. The bright sun reflected from the concrete railings on the lower left needed a strong 2 f-stop burn with grade 0 to show some of the structure which was well visible in the negative also in the print. About half that amount was used for a burn of the pillars using a correspondingly shaped rectangular burn tool.

Taken from a balcony of the refectory the next image in the gallery shows the same corner of the NA but with the view extending along the south facades of all four N-buildings. Basic exposure was with grade 1.5 and the very bottom was burned with 2 f-stops at grade 0 and the spiral stair case on the bottom right with 10/12 of an f-stop also at grade 0. The darker part on the bottom left was dodged for 9/12 of an f-stop.

The next image also taken from the refectory with the view to the NA framed by two large pipes. At the 02 level of the building at the entrance of a cafeteria a stones mozaic fossilized 320 million years old wave ripples decorates the wall. Three levels above this were my friend’s and my office. The basic exposure was with grade 2; the print record is shown on the left with times in fractions of 1/12 of an f-stop.

The fourth portrait image shows part of the center stairway of the building with the graffiti setting an antipole to the straight lines of the concrete architecture. The grade 2 print received just some burning with grade 0 at the very bottom and additionally in the lower left corner.

The empty NA building was already fenced off, but my friend urged me to take a photo of the sign at the entrance on the so called 01 level. Ignoring the fence, we set up the camera so that both parts of the large sign, one in the shadow one in full sunshine, filled the frame. The paint of the sign reflected the sunshine with strong flare and I definitely had to use the polarizing filter to suppress the reflection and also a compendium. A light swing was used to bring both parts of the sign in focus. The print was made with a grade 2 filter, the upper right was dodged some and a little burn was given to the bottom and particularly the bottom left corner to add stability. Then the right side got a burn with grade 0 with emphasis on the fraction of the window on the right edge of the image. The printing map is shown below.

While setting up for the requested photo of the sign, I noticed the nice reflection of the Audi Max, the large auditorium in our back from the window of the NA building. At the same time the letters NA 01 written on the wall of the supply core behind the glass were well visible. Hardest point setting up the camera was to avoid my and the cameras reflection from the window but some shifting helped to achieve this. The grade 2 basic exposure received just a little burn with grade 0 inward from the right edge to about 1/3 into the image.