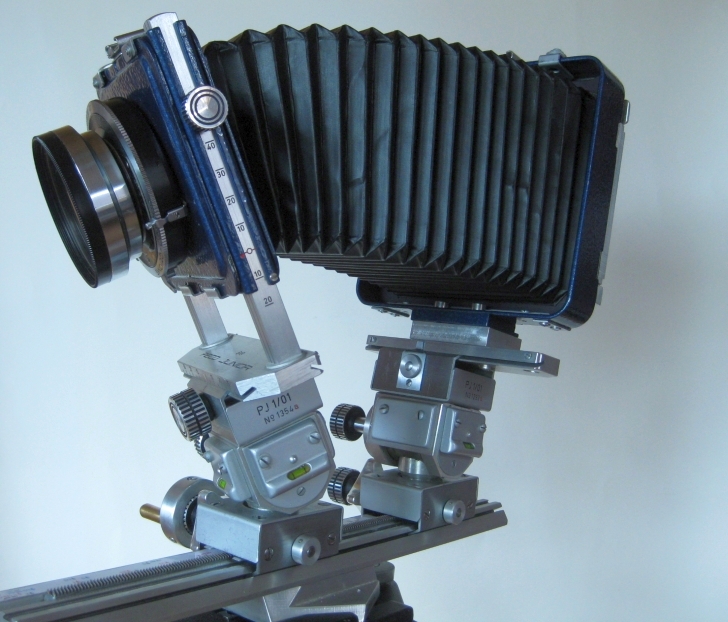 Actually for swing and tilt I prefer now to use first the front standard as much as possible and for shift I often use the back standard. So the combination of the parts from the two cameras allows now all conceivable movements with the exception of a rise of the back standard.